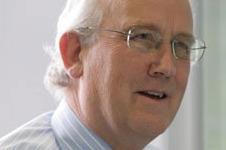 The bosses of JCB and Aggregate Industries have joined 21 other executives from across the economy in backing Tory plans to scrap the National Insurance rise.

Sir Anthony Bamford of JCB and Bill Bolsover of Aggregates Industries have joined 21 executives from the retail, oil and pharmaceutical sectors in welcoming the Tory pledge in a letter in today's Daily Telegraph.

The letter says that the 1% rise in NI, due in April 2011, is a “tax on jobs” and will “endanger” economic recovery. Under Conservative plans the rise would be scrapped for anyone earning less than £45,400 a year, saving an average of £150 for employees and a large tax burden for employers. Labour has said the Tory plan is “unfunded”.

Other signatories include Sir Stuart Rose of Marks and Spencer, Sir Chris Gent of GlaxoSmithKline and Sir Stelios Haji-Ioannou of easyGroup. The letter goes on to say that money should be saved through government efficiencies instead.

Chief Secretary to the Treasury Liam Byrne reacted to the letter by saying: "Britain needs a serious deficit reduction plan, not Tory double-counting."

Liberal Democrat Treasury spokesman Vince Cable said: "What is utterly unconvincing about the Tories' proposals is that they rely on efficiency savings they themselves have ridiculed."