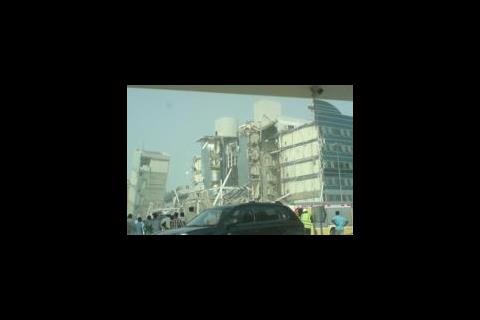 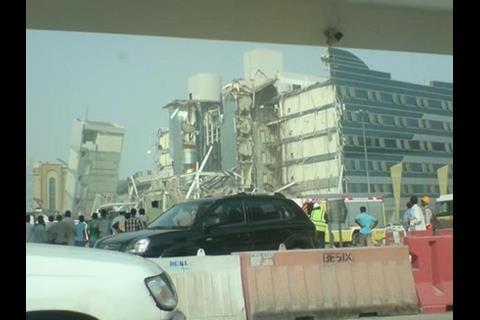 A building under construction in Dubai collapsed over the weekend. It is understood that no one was injured in the accident.

The contractor on the project, understood to be a commercial complex, has been taken into police custody, according to local press reports.

There were 21 labourers on the six-storey building at Deira when it began to crumble on Sunday but all of them were able to evacuate the site safely. The workers fled the site, which is near the Ramada Hotel, after feeling tremors and seeing falling glass and crumbling walls.

The incident lasted about 40 minutes, causing about 12 cars to be crushed and surrounding buildings to evacuated.

An investigation is now under way to ascertain the cause of the collapse under Essa al Maidour, assistant director general for general projects affairs at Dubai Municipality, who is responsible for building safety in Dubai.

Right now it appears to be a failure in the structural elements of the building. The concentration of the load was disproportionate

He said initial reports suggested there may have been a failure of structural elements.

Al Maidour told Arabian.Business.com: “We have already appointed a technical committee to investigate the reasons behind this collapse. We have called on consultants and project managers to analyse this incident.