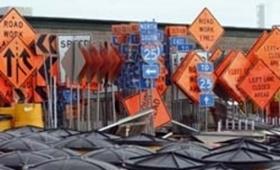 The government needs to move more quickly on plans to boost infrastructure, with UK businesses identifying transport as the key priority, a survey of business leaders has found.

The CBI/KPMG infrastructure survey identified transport infrastructure as the area of greatest concern among business leaders, with nearly three-quarters of respondents not expecting to see any improvement during the next five years.

The survey, which collated responses from 568 business leaders during June and July, also found that about two-thirds of respondents believed the UK’s energy and water infrastructure was unlikely to get any better because of uncertainty about the policy framework.

But companies were more positive about the UK’s digital infrastructure, with most expecting improvements in the next five years.

John Cridland, CBI Director-General, said: “The Government has shown it gets how important infrastructure is to the economy. It has put the framework in place but needs to show it can deliver on the ground.

“The new UK Guarantees are seen as positive by businesses, but firms fear initiative overload and are becoming impatient with delivery, leaving many companies still sceptical about the overall impact on investment.”

Richard Threlfall, KPMG UK head of infrastructure, building and construction, said: “Business confidence in our infrastructure appears to be ebbing away. The key issue is how quickly can recent policy announcements translate into investment on the ground.

“We’ve seen real improvements in our digital infrastructure, but there’s continuing uncertainty over energy and transport investment. Everyone understands that the government is constrained financially. But the right government interventions will encourage the private sector to invest.

“The launch of the UK Guarantee programme is welcome but it now needs to be implemented quickly. House building offers the fastest-acting pain relief for our economic headache. In addition, we need to re-introduce tax relief for investment in buildings and structures.

The survey found that while many firms (61%) were happy with their links to domestic markets, there was a considerable amount of variation between regions.

In London, over three-quarters (77%) of companies were satisfied with the UK’s domestic networks. But just over a half (56%) in the North-west and East, and close to two-thirds of those in the West and East-midlands (59%), were unhappy with the quality of their UK connections.

Threlfall added: “Whilst many of the findings this year are encouraging, businesses outside London are much less confident that they have the infrastructure they need.”

The local road network is seen by two-thirds (65%) of businesses as being in decline, with congestion and a lack of investment identified as the main causes.

The railways fared better, with nearly half (45%) of companies seeing improvements to intercity rail connections in the past five years, and a positive balance of firms (+64%) believing the planned High Speed 2 line would have a positive impact on their ability to grow.