Candy & Candy falls into the red 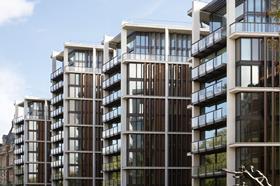 Developer Candy & Candy fell into the red in 2011-12 following a slowdown in activity at its One Hyde Park development.

The firm, which is owned by brothers Nick and Christian Candy, also reported a fall in turnover to £9.3m down from £10.8m over the period.

Nick Candy, director of the firm, said: “Turnover for the year decreased 13.5% compared with the prior year mainly due to a reduction in the levels of business within the Candy & Candy design department from completing show apartments at One Hyde Park, as the number of available units decreases.”

He said the design side of the business had, however, performed “exceptionally well” and continued to secure new commissions overseas.