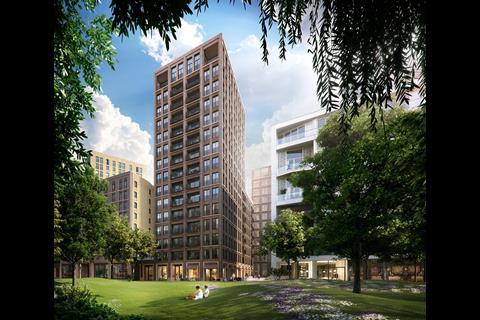 The Maccreanor Lavington-designed Fenman House block, which is being constructed by Carillion as part of the regeneration of King's Cross. 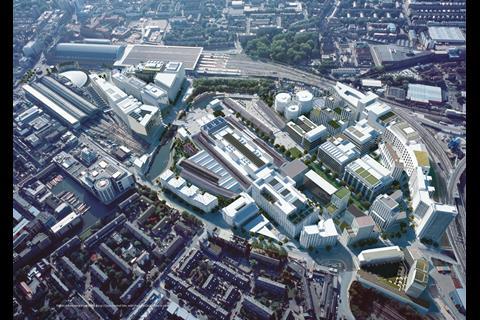 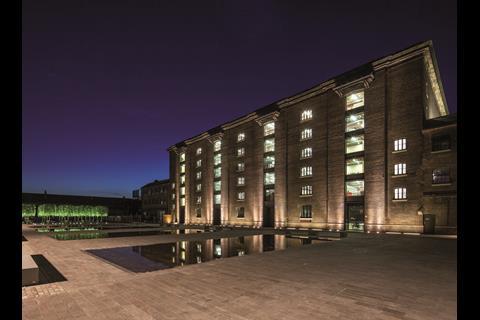 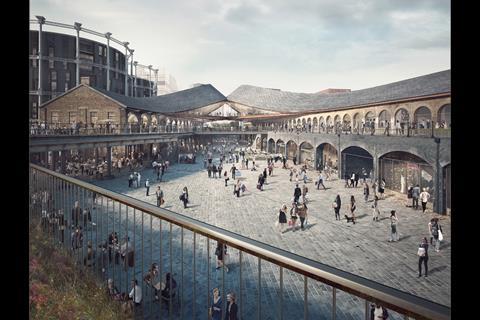 Construction is under way on a 14-storey residential block that forms part of the ongoing regeneration of London’s King’s Cross area.

The 75-home Fenman House, designed by architect Maccreanor Lavington, is the first building in the neighbourhood to front Lewis Cubitt Park and continues the design theme of two neighbouring buildings created by the practice.

The block is named after a steam locomotive that operated from King’s Cross Station in the 1950s.

Carillion was appointed to the job as part of a £100m contract award announced in December 2014.

Architect Richard Lavington said the building had drawn inspiration from the area’s Victorian industrial heritage, which includes the Granary Building to the south.

“Fenman House will complete the mixed tenure block formed of Saxon Court and Roseberry Mansions as originally conceived, and provide space for a new café or restaurant at ground level that will open onto Jellicoe Gardens, a new public green space,” he said.

Construction is due to complete at the end of next year.

Detail from Maccreanor Lavington’s Fenland House, which is being built by Carillion as part of the King’s Cross redevelopment.