Contractor says plans in place to ‘manage outcome’ of vote 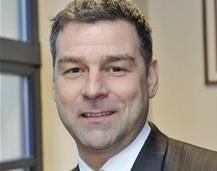 Carillion says it has in place plans to combat the fallout from the UK’s decision to leave the EU.

In a trading update, the contracting giant, which backed Building’s campaign to stay in the EU, said it was “too early to predict the extent to which businesses will be impacted by this result”.

But it added: “Carillion has no significant operations in mainland Europe and prior to the referendum we undertook extensive work to assess the possible impact on our business of a vote to leave and we have put in place robust plans to manage this outcome.”

Chief executive Richard Howson said it has first half orders and ‘probable orders’ of £2.5bn including new support services contracts for Petroleum Development at 12 sites across Oman as well as a deal to look after homes for the Northern Ireland Housing Executive.

Carillion, which confirmed it was won the main construction contract on the first building at the Paradise Circus development in Birmingham after carrying out enabling works at the site, is due to announce its interim results on 24 August.

The firm said revenue in the first half would increase which would offset a reduction in underlying profit margin.