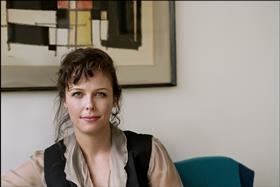 John Murphy’s daughter Caroline Murphy has pledged to continue lobbying Murphy Group to become a workers’ co-operative, after quitting the board of the firm after failing to secure support for a change in ownership structure.

Speaking to Building, Murphy said she was “committed to using any influence I have” to affect the change and will continue to petition the family-owned Maryland Trust, which owns £656m-turnover Murphy Group, to put at least her 20% stake into an employee share ownership scheme.

The family-run contractor’s shares are held in a trust for the benefit of the Murphy family – John Murphy’s four children, including Caroline, and his wife – a spokesperson for Caroline Murphy said.

Caroline Murphy – who is also well known as a trade union activist and campaigner for LGBT, mental health and survivors of sexual violence – was made deputy chair of Murphy Group by her late father and founder of the Murphy Group, John Murphy, who died in 2009.

Murphy said she tried to advance employee-ownership within the Murphy Group “as a concrete proposal over the last 12 months” and was “hopeful” the firm would reconsider their stance.

She described employee-ownership as a “natural extension of my father’s views”.

She denied suggestions her family had fallen out: “Absolutely not. It’s really healthy in business and in a family to have energetic and creative engagement. If we all think alike, how disappointing would that be?”

She said the employee-ownership proposal was inspired by a 2011 visit to see Mondragon, a federation of workers’ co-operatives in the Basque region with a €1bn (£830m) engineering arm, and UK employee-owned construction consultants Arup and Make.

John Murphy emigrated to Britain from Ireland in the 1930s and worked on RAF airfields during the Second World War, before founding J Murphy & Sons in 1950, which later became the Murphy Group.