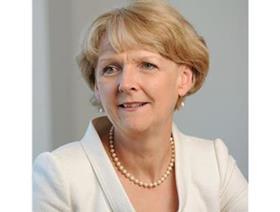 Former British Property Federation boss Liz Peace has been appointed as the chair of the body that will oversee and manage the £4bn revamp of the Houses of Parliament.

Peace (pictured) will lead the shadow sponsor board, with the governing bodies of both the House of Commons and House of Lords approving her appointment earlier this week.

Legislation is required for the sponsor board therefore initially it will be set up in shadow form.

Earlier this year, both the House of Commons and House of Lords agreed to temporarily vacate the Palace of Westminster to allow the work on the building to be carried out in one single phase. They also agreed to establish an Olympic-style sponsor board, set up through legislation, and delivery authority to manage the work.

Wates and Lendlease are both working on schemes associated with MPs’ upcoming move out of the House of Commons.

Peace joins four other industry figures, as well as seven members of parliament from both houses on the board.

She is currently serving as chair of the Government Property Agency, which was established to improve the efficiency and effectiveness of the Government Estate as well as the Old Oak and Park Royal Development Corporation.

Members of the shadow Sponsor Board: