MPs and peers appointed to Palace of Westminster restoration probe 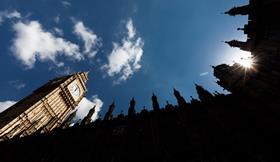 Lord Stunell, the Liberal Democrat peer, Building columnist and former local government minister, has been appointed to a joint Parliamentary committee which will investigate the legislation paving the way for the multi-billion-pound restoration of the Palace of Westminster.

Stunell joins Lord Blunkett, the former Labour home secretary, and four other peers on the committee, along with MPs Neil Gray of the Scottish Nationalists, the Conservative and ex-Defra minister Caroline Spelman and fellow Tories Sir Edward Leigh and the former DeExEu secretary David Jones, plus Labour’s Meg Hillier and Mark Tami.

The committee will scrutinise the Draft Parliamentary Buildings (Restoration and Renewal) Bill and is expected to meet for the first time next week when the chair will be appointed and a call for evidence issued.

The committee has been set a target of completing its deliberations by 28 March 2019, the day before the UK leaves the EU.

Earlier this year both houses of Parliament voted to leave the Palace of Westminster, re-built after a fire in 1834, while much-needed restoration work to the crumbling grade 1-listed structure was being carried out.

The work is expected to start in the middle of the next decade, although the project has been dogged by controversy, not least over the £4bn to £6bn price tag.