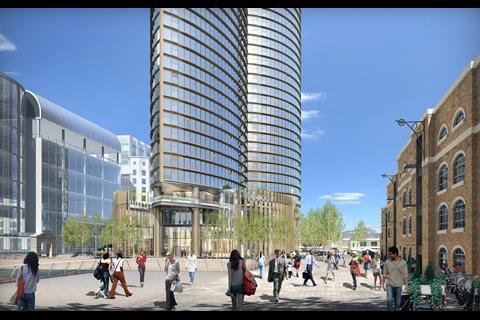 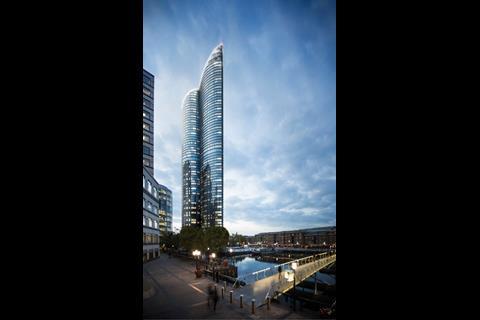 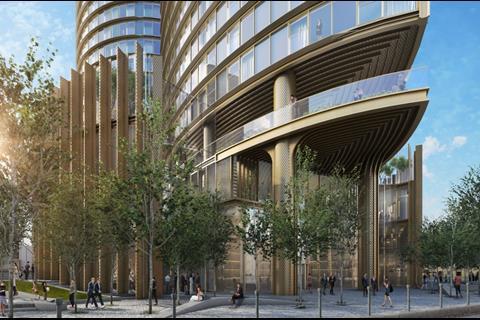 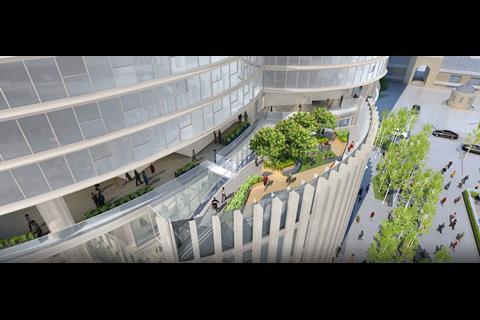 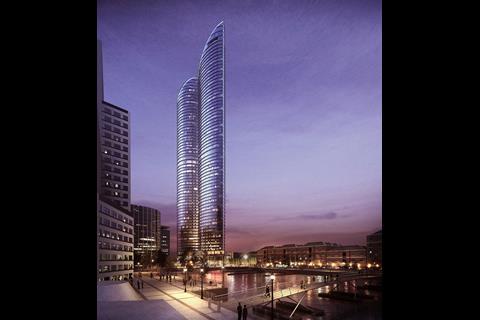 Overall the development will provide a total of 921 homes of which 156 will be affordable, as well as public realm, shops and roof terraces.

The tower, itself, will house 861 homes of which 96 are affordable, while a linked development on Dalgleish Street in Limehouse will see a further 60 affordable homes built.

Greenland Group is also providing Tower Hamlets with an additional £19m contribution ring fenced for affordable housing and a further £21m contribution will be made through the Community Infrastructure Levy and Section 106 contributions.

Construction on both sites is expected to begin later this year with completion scheduled for 2020.

Setareh Neshati, senior planning manager at Greenland Group said the company was delighted that Tower Hamlets had given the tower the go-ahead.

“This is Greenland Group’s most important project in Europe,” he added.

The project team includes WSP Parsons Brinckerhoff as the engineers, Aecom as project manager, Savills acting as the planners and the landscaping is by Gillespies.

Greenland is also redeveloping the Ram Brewery in Wandsworth, Britain’s oldest brewery, and has said it is searching for more opportunities in the capital.

The developer, founded in 1992, has 82.33m sqm under construction around the globe and has already built three of the world’s ten tallest buildings since 2005.