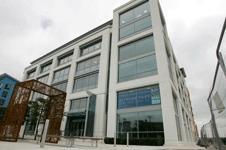 Contractor and regeneration developer Cofton looks set to be the latest firm to fall victim to the recession after it requested its banker put it into administration yesterday.

The news follows the breakdown in negotiations between the firm, which employs 120 staff according to its website, and its bank over new funding facilities.

Its Welsh subsidiary Cofton Wales and sister company Cofton Asset Management are not affected by the administration request.

In an email statement Peter Nelson, managing director of Cofton Asset Management, said: “Following a breakdown in negotiations with the Banks Cofton Group Ltd (CGL) have been unable to renew their banking facilities and as a result the directors have had no choice than to ask the bank to put part of the company in the hands of an administrator.”

He added: “Cofton Asset Management is a totally separate company … and is able to trade normally and will continue to do so.”

Directors of Cofton and representatives of the firm refused to comment further. The company was behind a number of regeneration schemes, and had partnered with social landlord Places for People on the acquisition of a large portfolio of regeneration sites.

The news comes as Castlemore Securities, the developer behind the Temple Quay scheme in Bristol (pictured) and £275m Brunswick Place scheme in Leeds, confirmed it had moved into administration. In a statement the 38-year old firm said its "business and a number of principal assets have been put into administration”.

Grahame Whateley founder and chairman of Castlemore said he “deeply regretted” the move. “We have been caught in a financial crisis, not of our making, and in the maelstrom brought about by the meltdown in the property market and paralysis of the banking sector,” he said. “We have done everything we could to prevent the current situation arising, but these factors were totally outside our control.”

The name of the administrator has yet to be confirmed.

Leeds-based developer KW Linfoot also confirmed yesterday it had gone into administration. The firm put its 171m-high, £225m Lumiere scheme on hold earlier this year. It was also behind the £200m, 27-storey Manyoo development in Salford Quays.