The centrepiece venue for the 2022 Commonwealth Games in Birmingham has been given the green light by city planners.

The £72m scheme in the Perry Barr area of the city will hold 40,000 spectators during the games, which will then go down to an permanent capacity of 18,000 in legacy mode.

Designed by Arup, McLaughlin & Harvey and McLaren are both battling it out for the job after a pitch from Buckingham fell earlier in the process. A winner is due this spring.

The revamped stadium, project managed by Mace, is set to host a range of tenants once the games are completed, including the Birchfield Harriers Athletics Club and Birmingham City university.

Construction will start later this spring, with completion set for late 2021. 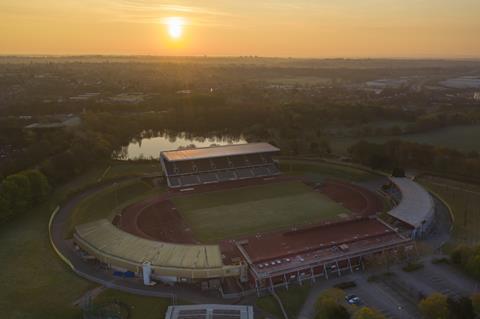 How the stadium in Perry Barr currently looks