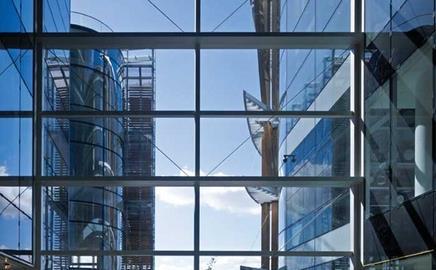 Como Interiors, the fit-out subsidiary of Mace, is tipped to win one of the largest British fit-out contracts of the year at Watermark Place in the City.

The £80m contract is for Japanese bank Nomura, which wants to double the amount of office space in the building by extending its trading floors into the 11-storey atrium.

Como has not signed a deal yet, but several sources close to the job say it has been picked.

Nomura has chosen almost the same project team for this job as worked on Nomura House, its present location in Canary Wharf. However, it is understood that Como will be used instead of ISG, the fit-out contractor on that job, because former ISG director Steve Root is now head of Como.

Waterman Group, which carried out the structural and services engineering, has been retained, Mears is to handle the M&E work, EC Harris is to be QS and Mouchel will be project manager. Architect Fletcher Priest, which designed Watermark Place, is to handle its modification, alongside space planner TTSP.

The total value of the project is about £200m, which is more than the building’s base value of £175m, because of the structural work required to build into the atrium.

The base building was completed this week to a BREEAM “excellent” rating by Sir Robert McAlpine.

The plans have reached Stage D and the work is scheduled to be completed in September next year.