Industry reports growth for second quarter of 2015 according to CPA survey, with activity led by private housing, commercial and infrastructure sectors 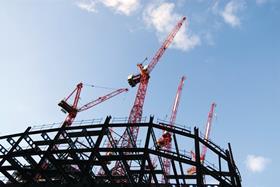 Construction has grown for the ninth consecutive quarter, according to the latest trade survey by the Construction Products Association.

The industry reported growth for the second quarter of 2015, with large contractors, SME builders, specialist contractors, civil engineers and product manufacturers all reporting a rise in workloads, output or sales.

According to the survey, activity continued to be led by the private housing, commercial and infrastructure sectors, boosted by stronger economic growth, the resurgent regions and a £411bn National Infrastructure Plan pipeline.

SME firms and specialist contractors reported continued strength in enquiries in the second quarter, while new orders were reported to have increased for civil engineers, and product manufacturers were upbeat over the outlook for the next 12 months.

However, this was replicated for large contractors, who reported a decline in new orders across all construction sectors.

Around 43% of specialist contractors and 28% of SMEs reported an increase in enquiries over the quarter.

He added that “of lingering concern” however, is that “nine quarters of rising construction activity and expectations of higher workloads over the coming year raise the issue of whether the supply of skilled labour will meet demand.

“Half of contractors have already reported difficulties recruiting on-site trades such as carpenters, bricklayers and plasterers.”