Output down 0.8% in the three months to May, compared to the previous three months, but still up 4.9% year-on-year 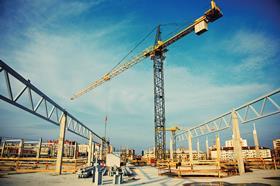 Construction output fell 0.8% in the three months to May compared to the previous three months, according to the latest official figures.

The Office for National Statistics figures showed infrastructure work - down 6% - experienced the greatest decline in the three months to May, when compared with three months earlier, while private sector commercial new work output fell 3%.

However, overall output in the three months to May 2014 was still 4.9% higher than the same period a year ago.

New work and repair and maintenance work increased by 5.3% and 4.3% respectively year-on-year.

Housing was the biggest driver of increased new work, when comparing the three months to May with the same period last year, with new public and private housing seeing substantial increases of 29.6% and 19.9% respectively.

However, infrastructure output was down 8.1% year-on-year.

Steve McGuckin, UK managing director of Turner & Townsend, said the figures were a “timely reality check for the construction industry”.

“Order books and levels of confidence are both strong, but despite the great progress made in the past year, no-one should take the momentum for granted,” he added.

“Month-on-month figures are notoriously volatile and should be taken with a healthy pinch of salt; but the sustained fall in infrastructure output - down more than 8% in a year - cannot be explained away so easily.

“The booming residential sector has been the engine of the wider construction industry’s growth, and with demand still strong it has plenty of road left to run.

“Even if house prices are close to peaking in the South East, sales are robust and housebuilders are unlikely to suffer much in the short-term.

“Many construction firms have over two years’ worth of orders on their books, and more than enough momentum to keep building.

“In fact a plateauing of house prices could be a good thing - it should reduce the inflationary pressure of off-plan speculative purchases and allow the industry to rebalance to build a wider range of properties.

“But while sectors other than residential are showing some encouraging signs, the construction industry as a whole is still worryingly reliant on housebuilding. That leaves it exposed to the impact of inevitable interest rate rises.

“The construction industry is responding well to Britain’s urgent need for more homes, but its growth must become more broadly based if it is to ride out any bumps on the road ahead.”

Noble Francis, economics director at the Construction Products Association, said the figures overall showed a continuing trend of growth in the industry.

He added: “It’s still housing that is driving growth in the industry and that was the concern last year but now you are starting to see the other areas coming through.”

He said it was important that the commercial sector recovered because of its size and that although new private sector commercial output fell 3% in the three months to May compared to the previous three months, it was still 0.8% up on the same period a year ago, which was encouraging.