Aecom and Mace are among three teams of consultants to have been shortlisted for a £500m design and delivery partner contract on the stretch of the HS2 railway between the West Midlands and Crewe.

Known as phase 2a, this part of the line will run for 36 miles with work including two tunnels, 17 viaducts, 65 bridges as well as track laying along the route. 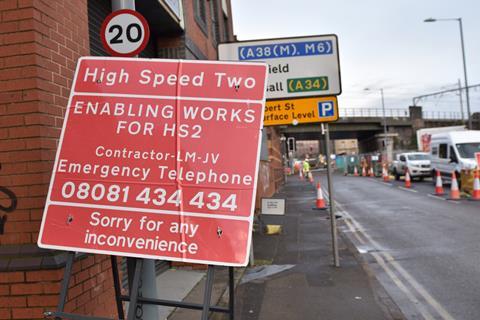 The groups in the running are 2 Connect JV, made up of Aecom and Costain, a team called AMS JV, made up of Atkins, Mace Consult and Systra, and Jacobs which is bidding on its own.

HS2 said it expects to announce a winner next summer.

>> Which construction firms have landed HS2 contracts so far?

The plans for the sections of HS2 north of Crewe are still up in the air, with the government’s long-awaited Integrated Rail Plan, which will determine this part of the scheme, still yet to be published.

The western leg between Crewe and Manchester is expected to go ahead but doubts have surfaced over the link to Leeds because of cost issues.