Contractors have until 6 August to express interest in a £13m job to upgrade a London comprehensive whose former pupils include Tower 42 architect Richard Seifert and Spandau Ballet bassist Martin Kemp.

The Central Foundation Boys’ School, close to Old Street roundabout in Shoreditch, wants to renovate an existing building and build a new arts block under plans to increase pupil numbers at the 900 place school. 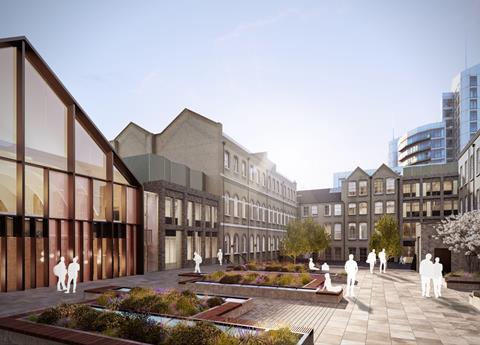 Hawkins Brown is architect on the scheme while BDP is in charge of structural, civil and M&E works.

Construction is due to start on site next April and finish in June 2023.

The job is the second phase of a rebuilding project at the school, whose other former pupils include DJ Trevor Nelson and saxophonist Ronnie Scott, which will see Gilbert-Ash complete work on new and refurbished buildings this September.