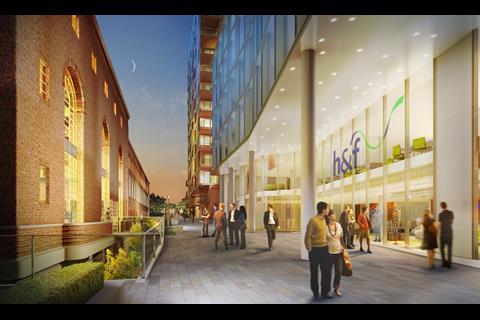 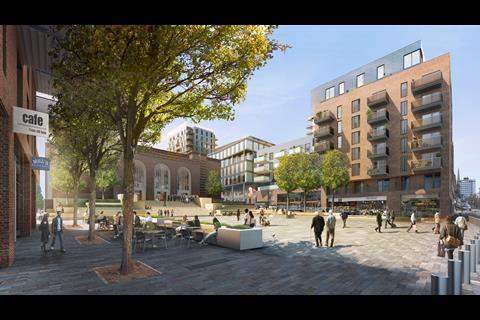 Helical Bar and Grainger have submitted a planning application for the extension of Hammersmith Town Hall and the development of 320 homes, shops, cafes and restaurants.

The controversial scheme, designed by Sheppard Robson Architects, will involve the demolition of the existing 1960s town hall extension on King Street and will see a pedestrian footbridge created across the A4, linking the development with the river Thames.

David Walters, of Helical and Grainger’s joint venture King Street Developments, said: “The regeneration will also ensure that Hammersmith Town Hall remains at the heart of the Borough’s civic life.”

“We are aware that there are people who have concerns about certain aspects of the plans, but we believe that this is the only way of unlocking this site to deliver a scheme which can benefit local residents and business for decades to come, securing the future of King Street.”

The London Borough of Hammersmith and Fulham will now hold its own statutory consultation exercise on the planning application before it is considered by the Council’s planning committee in 2011. The scheme has met with local opposition because of the inclusion of a 14-storey tower in the plans.