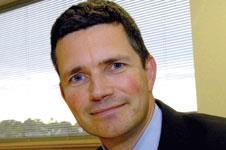 In a trading update, the company said market conditions in 2010 were uncertain but that £850m of the work was already secured.

Andrew Wyllie, chief executive, said: “Costain continues to differentiate itself as a result of its strategic focus on customers who are expected to continue with their major investment programmes despite the current economic environment.”

Costain said it ended the year with a cash position “significantly in excess of £100m”.