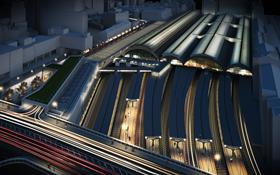 Contractor Costain has left the door open to a possible disposal of the international businesses of the £63m-turnover consultant it acquired earlier this week.

Costain gets all of its revenue in the UK market, whereas Rhead conducts 15% of its business overseas.

He added that “85% of Rhead Group is UK-based in similar sectors that we are operating in, delivering services to some of the blue chip customers in our sector”.

Bickerstaff made the comments after the contractor announced half year results to June 30, in which revenue jumped 17% to £621m on the back of a record £3.7bn order book.

Costain said contracts including the development of the M4 corridor around Newport, the Crossrail underground link at Paddington and improvement schemes on the A14 helped it post a 25% rise in pre-tax profits of £11.4m, up from £9.1m in 2014.

The contractor’s natural resources division reported a loss from operations of £7.4 million which it said had been “impacted by the decline in energy prices which resulted in a number of projects in the North Sea being delayed.”

The loss also reflected the addition of further costs in relation to the completion of the legacy Greater Manchester Waste Disposal Authority PFI contract awarded in 2007. The Group had previously reported all 46 facilities on the contract were either fully completed or in the warranty period under the terms of the contract during which further work and plant modifications will be completed.

However, during the course of that further work a number of issues were identified, the firm said, adding that “the Group has taken an additional provision in respect of the costs to reach Final Acceptance on the project, which is expected in the second half of 2016”.

Discussing the results, Bickerstaff said that despite challenging market conditions in the oil and gas sector, part of their natural resources division, they had seen an increase in enquiries in the “upstream North Sea” market. However, these enquiries were “not yet turning into projects,” he added.

In contrast the firm’s infrastructure division posted an operating profit of £23.6m compared to £16.9m for 2014.