Councils act to purge suppliers in wake of OFT inquiry 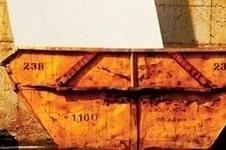 Contractors’ fears of a backlash from clients over the Office of Fair Trading inquiry grew this week as several local authorities demanded assurances that their supply chains were not involved in bid rigging.

Councils in Manchester, the Midlands and Surrey are believed to have sent letters to contractors asking them to confirm in writing that they are not guilty. Those who do not respond may risk exclusion from future work.

The letters were sent to firms regardless of whether or not they had been named by the OFT.

Meanwhile, Worcestershire council is contacting all the contractors it uses that were accused by the OFT to demand information about the extent of the allegations against them. Of the 112 firms the OFT named, 28 have worked with Worcestershire council, including Balfour Beatty, Carillion, J Guest and SpellerMetcalfe.

Furthermore, Bolton council’s plans to adopt a framework that would award all its building contracts to four companies have been abandoned after the probe. This was because G&J Seddon, a company understood to have been on the shortlist for its framework, was one of the contractors on the OFT’s list.

A source at Bolton council said: “It’s back to square one as far as the framework is concerned. We’re spending £400m on schools alone in the next few years and we need to be certain we’re getting value for money.”

The Association of Public Service Excellence called for the OFT to make information about the extent of accusations public.

It said: “Public sector clients have a duty to ensure they are spending taxpayer’s money wisely and with reputable firms. They will be unable to do this without access to information from the investigation.”

The Construction Confederation said there was evidence of clients delaying public sector contracts until the inquiry was concluded. This may mean government schemes are delayed.

A spokesperson said: “The consequences might be greater than perceived. The OFT has set this hare running, but it might be difficult to catch it again.”