Springfiield furloughed over 90% of its 700 staff during lockdown

Pre-tax profit at listed Scottish housebuilder Springfield fell more than one third as the firm became the latest to lay the blame on covid-19 for eating into its numbers.

The firm said profit slumped 39% to £9.7m in the year to May with the firm racking up £400,000 in exceptional items to cover the costs of furloughing staff in April and May. 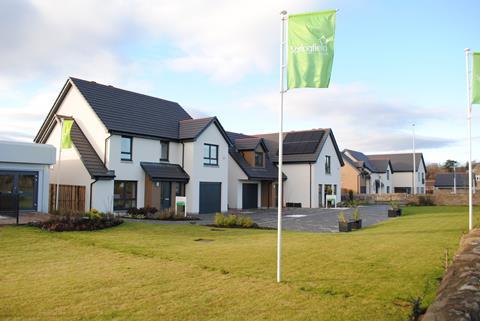 Springfield, which was handed £2.7m in money from the government’s furlough scheme initiative, said it furloughed more than 90% of its staff, which numbered 705 according to its 2019 accounts, at the peak of lockdown but added 80% had been brought back by the end of July.

Revenue fell by 25% in the year, from £191m to £144m, as completions in the vital last two months of the financial year were delayed due to lockdown closing the housing market.

But the firm said the combination of a strong market since restrictions were eased and the completion of covid-delayed sales had made for a strong first quarter of the new financial year.

It said reservations were so far running 24% ahead of that seen in the same period in 2019, adding that it expected total revenue for the 2020/21 year to be significantly higher than in 2019/20.