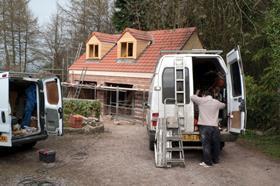 Cowboy builders and rogue traders could face much tougher penalties after new sentencing guidelines for fraudulent trading were outlined this week.

The new guidelines, published by the Sentencing Council, could see individuals convicted of fraud by false representation sentenced to maximum of ten years in prison, for the most serious offences.

Less serious offences could still lead to 26-36 weeks in custody and community orders.

The new guidelines were welcomed by TrustMark, the government-endorsed quality mark for reputable tradesmen, which said it could mean tougher sentencing for rogue traders who defraud and rip off the public.

She said: “TrustMark applauds the introduction of the new sentencing guideline which we hope will result in tougher sentencing for cowboy builders and rogue traders who operate in the black market, swoop in on victims of floods, storms and other home damage, and who often like to win business by fraudulently using registration marks and pretending to be ‘approved’.”

She added that the new guidelines placed increased emphasis on the impact on the victim, and would crackdown in particular on traders who targeted the vulnerable.

She said: “This is particularly important when it comes to home repairs and improvements because the impact on a victim can be huge, whatever the size of the financial loss.

“Often it is a homeowner’s personal space and refuge that has been violated, and their confidence badly damaged in just the place where they should feel safest.”

“We hope that stronger penalties will help us get the message across to these rogues that their activities will not be tolerated and have no place in our industry.”

The guidelines will come into force in courts from 1 October 2014.