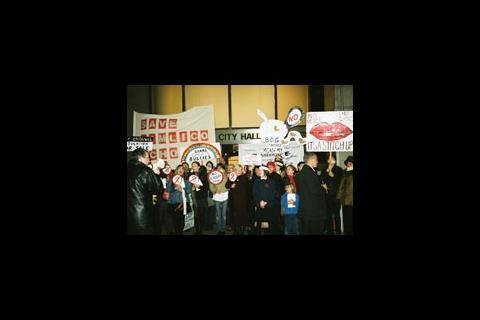 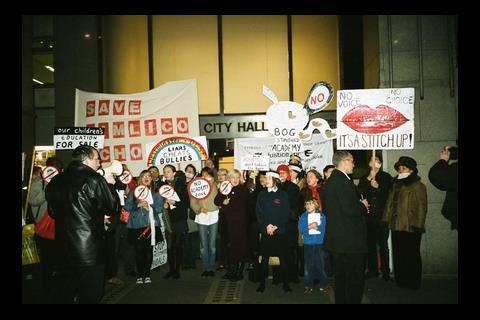 Battersea Crane Disaster Action Group has held a joint protest with the Pimlico School Association to highlight heath and safety concerns about work on its new school buildings.

The groups are worried that construction work being carried out as part of the government's Building Schools for the Future programme is taking place while teachers and pupils remain on site.

Preliminary works began in mid-February and the school community will operate in temporary buildings around the site for the next three years.

Representatives from the groups said that there have already been problems with noise affecting lessons and they are worried that a crane could be brought on site.

Liliana Alexa, secretary of Battersea Crane Disaster Action Group, said: “We are terrified for the safety of those children. There've been so many crane collapses recently - in Forest Hill in December, at Southampton docks in January, in Holborn, Broadstairs and Felixstowe over the last couple of weeks. This really is a national emergency.”

Pimlico School is being redeveloped as part of Westminster's £152m Building Schools for the Future programme. The school has just been granted academy status.