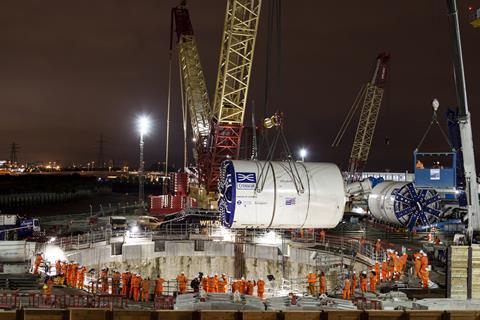 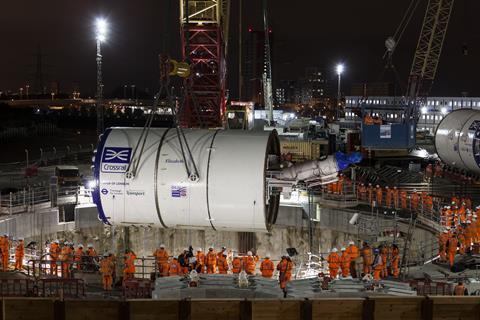 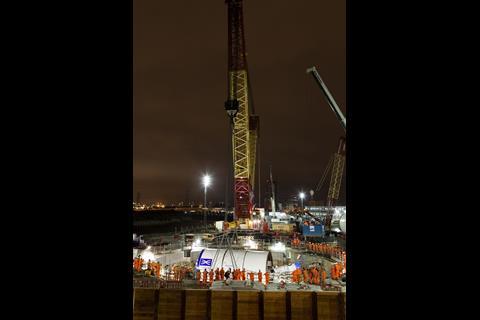 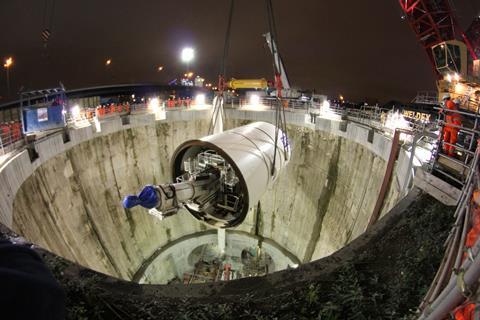 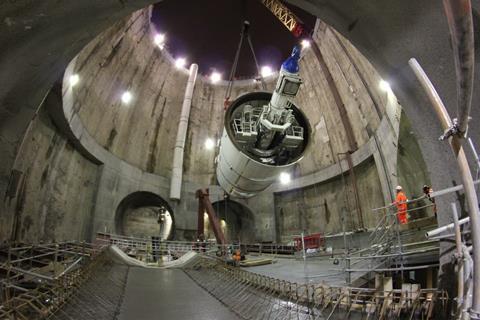 A 550 tonne tunnelling machine – called Elizabeth – was lowered into a 40 metre deep shaft in east London last night ahead of the start of tunnelling for the eastern section of the Crossrail line.

The operation required one of the largest cranes in Europe to lift the equivalent of 280 London taxis, Crossrail said.

The team at Limmo Peninsula, adjacent to Canning Town station, will shortly repeat the operation with sister machine, Victoria.

‘Elizabeth’ is expected to start tunnelling later this year, travelling under the River Lea towards Canary Wharf.  Together the machines will bore Crossrail’s longest tunnel section - 8.3 kilometres between Canning Town and Farringdon.

Work has started to prepare Crossrail’s Canary Wharf station to receive the tunnelling machine, with workers breaking out the hard concrete at the tunnel eyes to allow for the machines to easily enter the station next year.

Both tunnelling machines will receive maintenance while in the large station box, before continuing their journeys toward Whitechapel, Liverpool Street and Farringdon.

Meanwhile, tunnelling restarted this week on one of Crossrail’s two tunnelling machines in the western section of the line, after both were brought to a standstill last week.

In September the project suffered a failure of one of its hoppers that loads waste earth onto trains to be removed from the site, meaning it had to stop its tunnel boring machines to relieve pressure on the earth removal operation, where an excavator is now being used to load the wagons - a less efficient method of working.