Crossrail’s tunnelling machines have reached Canary Wharf today, in what is being hailed as a major milestone for the project.

He added: “Over the past few years Crossrail has let contracts worth more than £6bn, more than half going to small and medium-sized businesses, which are supporting jobs across the country.

“Furthermore, through innovative schemes like the Tunnelling and Underground Construction Academy, Crossrail is providing thousands of people with new skills that will not only help transform the capital’s transport network but will allow this country to compete on a global stage for years to come.”

Mayor of London, Boris Johnson, said the milestone meant there was now “no doubt that it [Crossrail] is on its way”.

He said: “This new railway is adding vital new capacity to our transport network and creating thousands of jobs all over the UK. It is the perfect example of how investment in London benefits the entire country.” 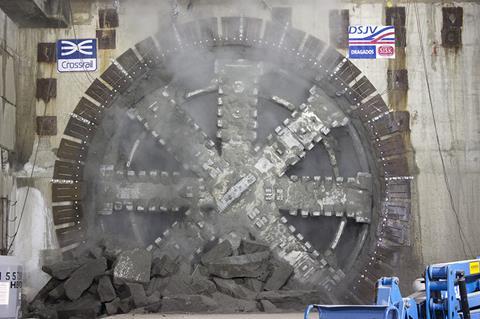