Crossrail's problem Bond Street station is expected to be ready for the trial running of trains by the middle of next month.

The project, which is being built by a Costain/Skanska team, has been dogged by a series of problems meaning it is the only one of the 10 central London stations that is yet to reach a sufficient level of completion to move into the next phase of testing. 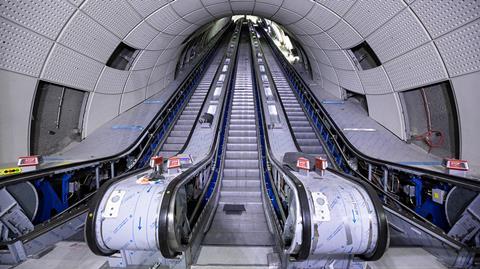 But speaking at a Transport for London board meeting yesterday, Crossrail chief executive Mark Wild said he was confident the job had turned a corner.

Wild said: "All stations apart from Bond Street are at a level of completion where we can start trial running [of trains]."

He added: "Bond Street will follow in that configuration in about five or six weeks’ time. We are pretty certain about it."

But he admitted there was still a large amount of assurance work that needed to be carried out before actual trial running could happen.

Whitechapel, the other station project that had been causing headaches on the job, was signed off last month.

Wild said the determining factor in whether its revised summer 2021 opening date could still be met – Crossrail sites were shut under an initiative known as safe stop a day after the prime minister put the country into lockdown because of the coronavirus pandemic – was if trial running could start this year.

Wild said: "When the safe stop happened, we were very, very close, only about seven tests away from completing the signalling software and it was quite frustrating for the teams to have access taken away.

"The good news is we have restarted dynamic testing [part of the software testing] this weekend and the testing went well."

He said the signalling software would be completed in the next three or four weeks.

Crossrail chair Tony Meggs told the same meeting that around 25% of site staff have returned to work while there are still more than 2,000 people working on Crossrail remotely.