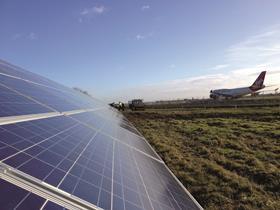 The government has slashed its forecast for the deployment of solar electricity panels by nearly half following changes to the cost control mechanisms for the solar power feed-in tariff.

Last Thursday, the Department of Energy and Climate Change (DECC) announced it would cut solar subsidies by nearly 25% from August and that there would be further cuts every three months if deployment remained on target.

But in its impact assessment of the new measures, it downgraded its estimate of the capacity of photovoltaic (PV) panels that would be deployed by 2020 from 22GW to 11.9GW.

Explaining the downgrade, the impact assessment said: “This is largely because Parsons Brinckerhoff’s (PB) estimate for the cost of large scale PV installations is significantly higher than in their February report, and PB projects much slower reductions in installation costs from 2014 onwards than previously estimated.”

It added: “Furthermore, it is assumed that investor hurdle rates are higher than before, leading to less uptake at a given tariff.”

The impact assessment also said the level of deployment by 2020 could be as low as 3.5GW or as high as 21.1GW.

A DECC spokesperson said the government still had ambitions to reach the 22GW level by 2020 and thought solar had a “bright future”.

The spokesperson added: “Uptake by 2020 will depend on when solar PV becomes viable with little or no subsidy and 22GW by 2020 is an achievable ambition if industry can get its cost down quickly.”