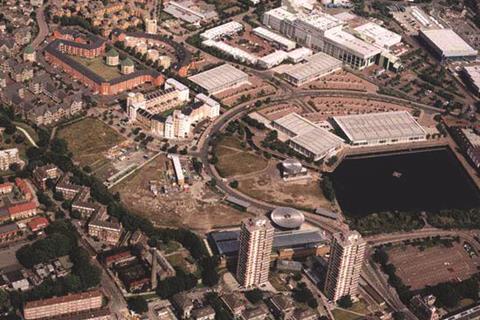 Soaring construction prices and lower returns on new homes have prompted plans to squeeze more flats into a major redevelopment at Canada Water in London’s Docklands, Building has learnt.

Joint developers Notting Hill Housing and Sellar Design and Development are reworking the previously consented plans for the sites named C and E next to Canada Water’s underground station by David Chipperfield and Maccreanor Lavington, which were behind the original designs. Architecture practice BIG is also redesigning a building for the project.

A source close to the scheme told Building that “with construction costs going up […] the mix of residential is being relooked at to squeeze in more homes”.

The source added that the new plans would be going back in for approval by Southwark’s planners by early next year.

The first phase of the scheme is already being built by Ardmore on an £80m contract and includes some residential and a new flagship Decathlon store, while all the later phases are being redesigned.

Southwark council approved the current scheme in 2013. The approved plans include 1,000 residential units, 2,800m2 of office space, a cinema and health centre across five buildings rising up to 40 storeys. The current scheme also allows for 27,965m2 of open space.

A spokesperson for Notting Hill Housing and Sellar Design and Development said: “We are reviewing our plans for the second phase of the Canada Water development in response to the council’s revised area action plan. When our plans reach a more advanced form, we will be in a position to discuss them with both the local community and the relevant planning authorities.”

The scheme is next to 46 acres owned by British Land, which is in the process of designing its plans for the area. This project, which is being headed by former Argent partner Roger Madelin, is expected to go in for planning approval by the end of the year and construction, subject to planning approval, due to begin in 2019.