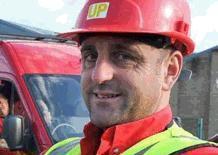 Solar-panel installation firm Ploughcroft Building Services has gone into administration but is continuing to trade under the same ownership, it has emerged.

However, a statement on Ploughcroft’s website said Hopkins would continue trading as Ploughcroft Ltd “with a revived energy and enthusiasm and awareness of the need to work to a different business model”.

Website Solar Power Portal reported that Hopkins had reached an agreement with DL that would allow him to continue trading as Ploughcroft Ltd.

Hopkins did not respond to Building’s request for confirmation of those details – or of reports that 15 staff members had lost their jobs as part of last week’s administration move.

Ploughcroft was established by Hopkins and his father Bill as a roofing and building-maintenance firm in 1997.

In 2006 the company branched out into low-carbon technologies and renewable energy.

The effect on demand of the government’s cuts to the feed-in tariff regime are understood to have played a significant role in Ploughcroft’s difficulties.