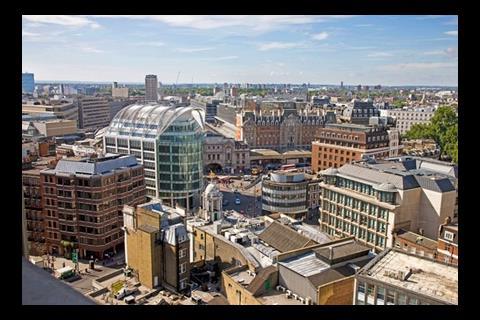 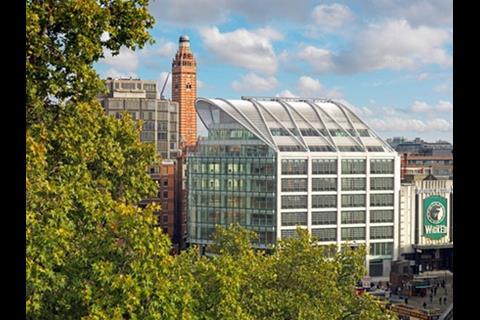 The Peak will add 12,200m² of office and retails space to central London

A 12,200m² office and retail building designed by Sheppard Robson has just opened near Victoria station.

Built for Heron International, the eight-storey storey is called The Peak, and adjoins the Apollo Theatre. Two of its elevations incorporate Portland stone-clad columns and glass solar shading louvres in between. An arcade at street level has substantially increased the pavement width along one of the busiest pedestrian thoroughfares in central London.

The building is served by a water-based heat pump system, which is integrated with ground source water obtained from two boreholes. Renewable energies are also derived from photovoltaic panels and solar thermal collectors located at high level on the south facade.

Adrian Tanner, Sheppard Robson’s project architect, said: “We are delighted to reach completion on The Peak. This is a significant addition to our commercial portfolio, especially considering the importance of its strategic location next to Victoria station. The building is highly sustainable and passive design measures incorporate the use of solar shading to both east and west elevations and the vaulted roof structure.”