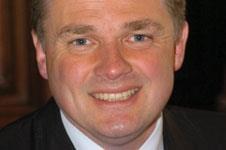 Gordon Brown has moved the current construction minister to a new job in the Treasury, which means the role will change hands for the ninth time in eight years.

The government confirmed this morning that Ian Pearson is to become economic secretary to the Treasury, after less than nine months in the post as construction minister.

Pearson was appointed to the post in October last year when former construction minister Shriti Vadera was promoted to the Cabinet office.

A spokesperson confirmed that 10 ministers will now serve under Peter Mandelson in the new Department of Business Innovation and Skills, which joins the business and enterprise department and the innovation, universities and skills department. This will include six ministers of state and four parliamentary under secretaries. Five of these ministers will be shared with other departments.

The 10 will be: Pat McFadden, Lord Drayson, David Lammy, Rosie Winterton, Lord Davies of Abersoch and Kevin Brennan - all ministers of state - and Lord Carter of Barnes, Ian Lucas, Baroness Vadera and Lord Young of Norwood as under secretaries.

A decision on which of the ministers will take on the construction brief is expected later this afternoon.