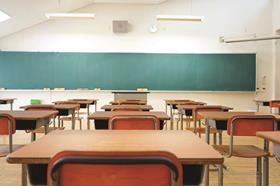 The Education and Skills Funding Agency spent almost £4bn on its capital works programme in 2017-18, according to its annual report.

In its first annual report the ESFA revealed it had spent close to £61bn in the last financial year with just 7% of this being spent on its construction programme.

The accounts revealed the executive agency had spent £3.99bn on its capital works programme.

Of that £1.5bn was distributed via basic need schools capital grants, while £761m was maintenance capital grants given to local authority and voluntary aided schools.

The Priority School Building Programme had £471m put into it, while £1.24bn was invested in academy capital grants and the Free Schools Programme.

Temporary sites for schools also cost the ESFA a chunk of cash, with this accounting for £42.1m of its expenditure.

The accounts also revealed how much the ESFA had invested in apprentices last year.

Funding to support apprenticeships accounted for £21m of spending.