Exclusive: Internal document shows less than half of staff in a recent survey have confidence in the leadership of senior management 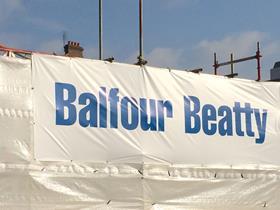 This week Balfour Beatty issued its fifth profit warning in less than two years - sparking a 25% fall in its share price to its lowest level since 2003 - and announced the impending departure of executive chairman Steve Marshall, as well as the appointment of accountants KPMG to run the rule over contracts in its UK construction business.

City analysts described the profit warning as a “bombshell” and “apocalyptic” and said it was unlikely to be an end to the turmoil that has hit the UK’s largest contractor over the past two years, with Kevin Cammack, analyst at Cenkos, saying the appointment of KPMG emphasized the “sheer lack of confidence and controls in anyone and anything” in the UK construction business.

A top-ten shareholder told the Financial Times that the firm was being led by a “bunch of numpties”.

The upheaval at Balfour Beatty over the past months has caused considerable turmoil within the UK construction business, with a survey of Balfour Beatty Construction Services UK staff, conducted in May - before the two most recent profit warnings - and seen by Building this week, showing under half the staff (45%) have confidence in the direction in which the business is being led by senior management.

A further 31% said they were undecided when asked if they had confidence in senior management and 24% said they did not have confidence.

It was not clear how many staff were covered by the survey.

The results of the survey come as Balfour Beatty this week confirmed it is closing four of its regional construction offices in the wake of its latest £75m profit warning with the business going through yet another restructure.

Balfour Beatty said that £15m of the latest £75m profit shortfall was focused on its £1.8bn-turnover regional construction business, with the firm set to close four unprofitable regional offices in Exeter and Bristol, with the business units merged into one office and relocated to an as yet undecided location.

Two further offices, in Redhill, Surrey, and in Croydon, are also set to close, leaving the regional business with 17, rather than 20 business units.

The firm said staff in the four offices were currently under consultation, but would not say how many were at risk of redundancy.

The news of a further profit shortfall in the regional business was greeted with dismay by analysts, who noted this was meant to be part of the UK construction business that had now recovered.

Balfour Beatty’s regional business was the main source of the firm’s £50m profit warning in March 2013, which prompted the demotion of then UK construction boss Mike Peasland, with group chief executive Andrew McNaughton seizing control of the UK business, ahead of the appointment of current chief executive Nick Pollard.

When Pollard took over in June, he was tasked with stabilising the regional construction business and in March this year said it had “turned around” and was on “a good path”.

However, this week it emerged that the managing director of the regional business Mark Cutler - who was appointed by Pollard - had departed just eight months after taking up the role.

The role of regional finance director, currently held by Bev Dew, will also be dropped when Dew leaves to join Kier at the start of next year. Balfour Beatty said this week Cutler’s exit was “amicable” and “mutually agreed” and was the outcome of a restructure of the business.

Pollard told analysts this week the move was aimed at “removing a complete layer [of management] in the regional structure, so that we get a much better visibility, control and immediacy of action towards both bidding and execution of work on site”. 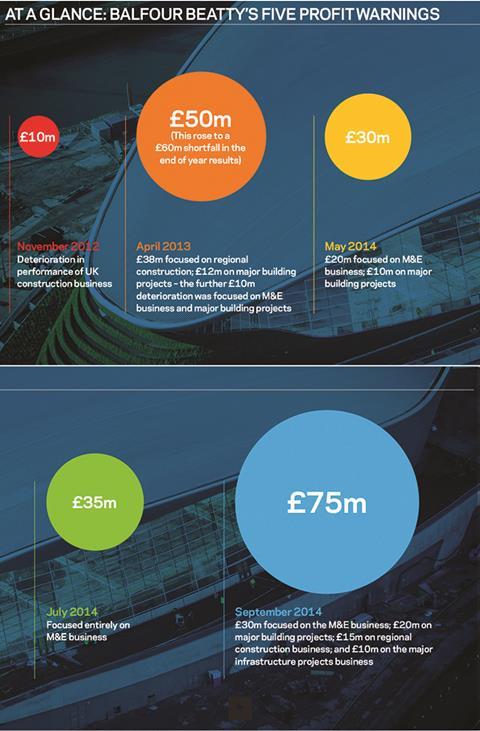