Fate of Populous’ MSG Sphere set to be decided next month 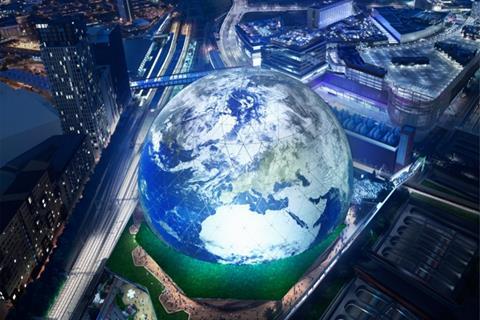 The fate of Populous’ 96m tall spherical entertainment arena for Stratford is set to be decided next month.

The 21,500-capacity MSG Sphere is scheduled to be heard at the London Legacy Development Corporation (LLDC) planning committee on 28 September. It went in for planning in March 2019.

The proposals have stirred up huge controversy because of the building’s size and also because its entire skin will be covered in illuminated LEDs beaming advertisements in every direction around it – including into surrounding flats.

Promoted by the Madison Square Garden (MSG) entertainment group, it is planned for a 1.9ha triangular site between railway lines next to the Westfield shopping centre and close to the London Stadium – the former Olympic stadium which was also designed by Populous. 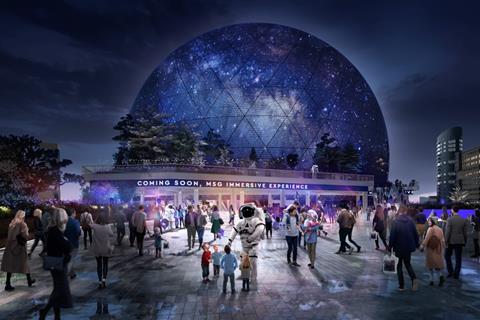 The Sphere has attracted a host of objectors

West Ham FC have written to the LLDC to point out that it only agreed to move to the London Stadium on the basis that its matches would take precedence over any other local events. The operators of the 02 are also objecting to the venue which they see as a rival.

Newham, in whose patch it stands, objects, as does Hackney whose officers said the glow would have a detrimental impact on ecology in the Lee Valley.

In addition to the main venue, the plans include a smaller music club or nightclub, retail space, a cafe, restaurants and outdoor spaces.

In spring 2019, Building reported that McLaren was tipped to beat Sir Robert McAlpine to the job which is believed to have a development value of at least £800m.