Signs that construction firms have still not seen the worst of the material shortages blighting the industry are growing with more than three-quarters of respondents to a Gleeds survey expecting the delays to deteriorate in the coming three months.

Some 77% said they see the shortages worsening over the next quarter as global demand continues to outstrip supply.

The consultant’s summer UK Market Report also found that 80% of contractors had experienced issues with getting materials and products onto their projects in the first three months of this year. 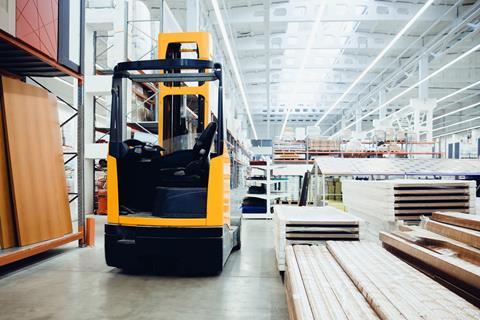 And 84% of more than 300 respondents to a Gleeds poll on LinkedIn last month said the shortages are causing delays to their projects.

It follows warnings by the Construction Products Association that shortages of materials and labour are unlikely to significantly improve in the next six months and are now the “key constraint” on construction growth.

Gleeds’ report also found that the number of contractors reporting problems in finding labour had soared to 44% from 17.5% in the firm’s spring report.

ONS data shows that vacancies have increased by more than 16% in the past quarter, which Gleeds said was being driven by demand from ongoing infrastructure projects.

The shortages have also been exacerbated by an exodus of EU workers during the pandemic, with London losing 54% of its EU workers by the end of last year.

Data from Hudson Contract suggested the squeeze may have pushed average earnings in the capital up by 4.5% in May alone.

Around 10% of construction workers were still furloughed at the end of June according to government data, with Gleeds saying that the shortages are expected to ease when the scheme closes in September.

But despite the report highlighting pressures impacting the industry, Gleeds group executive director Douglas McCormick said there is still a sense of construction “accelerating forwards” after the pandemic slump.

Half of respondents to the survey said that tender opportunities had increased in the past quarter, while 48% said that they expect them to increase over the coming three months.

The report also dispelled fears of a terminal decline in office construction, with Gleeds saying that the sector remains busy as clients bring forward projects to repurpose their workspace in anticipation of a return of staff after the summer.

But the sector still lags behind others in terms of confidence, with the residential sector topping the list for expectations for tender opportunities.

Some 47% of respondents said they expect the number of residential jobs to increase in the next quarter, followed by 41% who said public sector work will increase and 33% for infrastructure.

While construction output fell by 0.8% in May, it was still 0.3% higher than in February 2020 on the eve of the pandemic despite new work being 3.5% below pre-covid levels.

But while GDP across the wider economy grew by 0.8% in May, it was weaker than anticipated with the impact of material shortages across all sectors blamed for the slowdown.