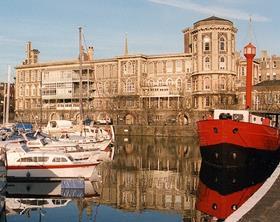 Architect Feilden Clegg Bradley Studios has reported a rise in operating profit of 28% to £2.3m.

In accounts filed at Companies House Feilden Clegg Bradley Studios LLP reported a rise in operating profit to £2.3m in the year to 31 March 2012, up from £1.8m in the year before.

The rise in profit also led to a rise in remuneration for the firm’s partners who received £74,589 on average with the highest-paid partner receiving £127,158.

In October last year, Feilden Clegg Bradley won a prestigious contract to design the revamp of the Southbank Centre in London. It is also working with contractor Skanska to design its housing projects and in September 2011 was appointed to redesign the grade-II listed Bristol General Hospital.