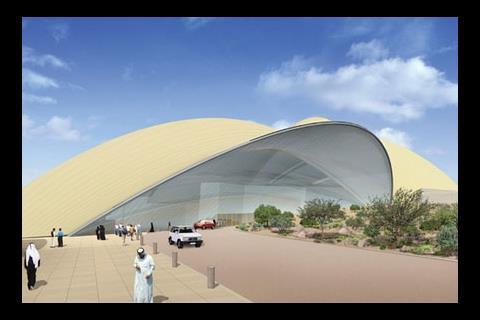 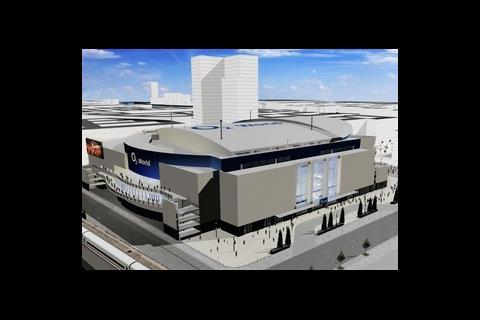 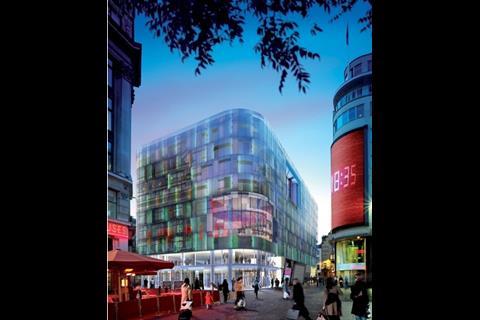 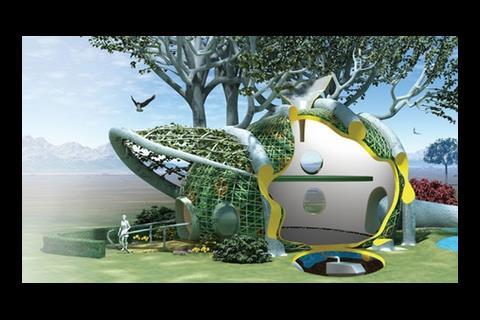 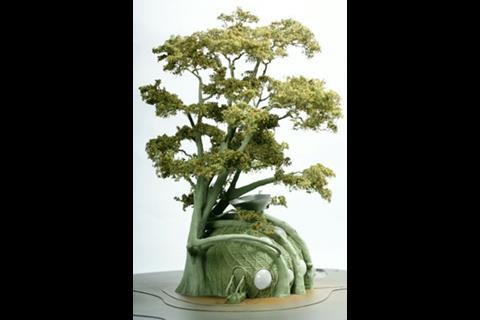 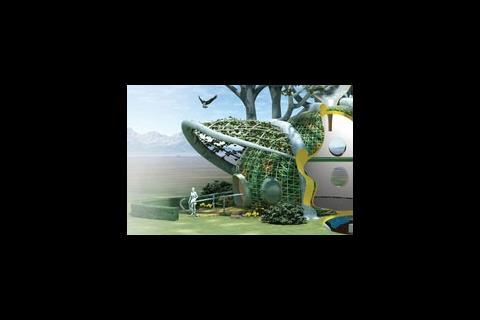 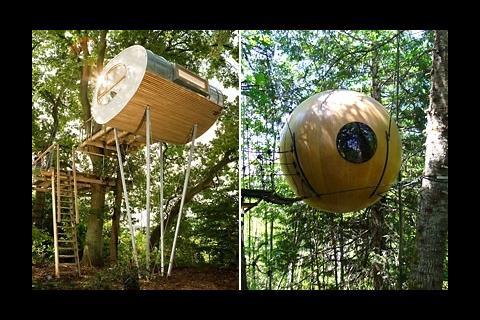 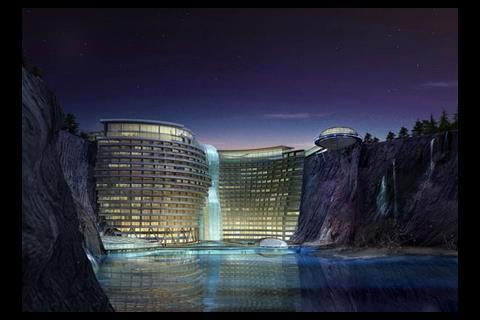 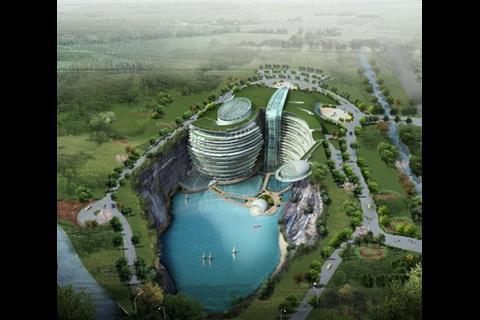 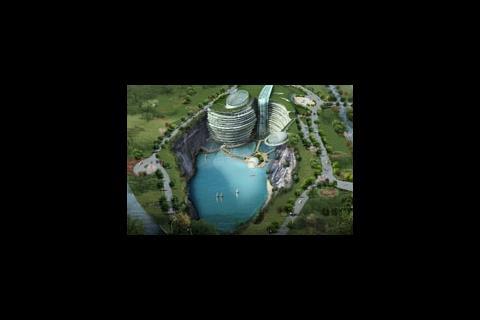 About the scheme: Rafael Viñoly Architects’ Museum of Modern Arab Art in Doha, Qatar is shaped like a gigantic sand dune. The 355,000ft² development will hold the world’s foremost collection of Arabic art, as well as libraries and study spaces. The project is scheduled for completion in 2011.

James Procter’s verdict: It is very sleek and futuristic. I would, however, be interested to view it internally, as the absence of any windows could make it void of natural light? It looks like a wave (as well as the planned sand dune) and has a great balance considering the context of the building.

About the scheme: Atkins’ Songjiang Quarry Hotel near Shanghai, China is built on the side of an abandoned 100m-deep water-filled quarry with only two floors above the rock face. It features underwater guest rooms. restaurant, leisure complex with a swimming pool and water-based sports.

James Procter’s verdict: What a great idea! Would love to stay there. It seems that everything about the plan is very well thought out, making the best use of the land space.

About the scheme: German firm J.S.K. Architects’ O2 World entertainment centre in Berlin is a 17,000-capacity arena that will become home to the city’s ice hockey and basketball teams as well as hosting music concerts.

James Procter’s verdict: May be seeing it in the flesh will change my opinion.

About the scheme: Jestico + Whiles’ leisure-based scheme for Starwood Hotels & Resorts is being constructed on the 0.2ha former Swiss Centre site in London’s Leicester Square. The 19,500m² scheme will include 194 hotel rooms and 10 two-level, luxury-branded homes, as well as 9,300m² of retail space at ground level and a 2,300m² leisure unit in the basement.

James Procter’s verdict: The land use for this scheme is perfectly balanced for its location. However, will the appearance of the building date quickly?

About the scheme: German architect Andreas Wenning’s Baumraum tree house range are made of weather-resistant oak or larch wood, and are supported by flexible fabric belts and metal legs that can hold the weight without fixing the house to the tree so that the buildings appear to float among the tree branches. The bespoke pods cost as little as £14,000 (up to £100,000) and take approximately two months to construct.

About the scheme: Human Ecology team at the Massachusetts Institute of Technology’s Fab Tree Hab concept explores the possibility of growing homes from trees. It uses prefabricated Computer Numeric Controlled reusable scaffolds to graft the living structure into shape. Trees are then woven to create the load-bearing structure. The trees are also directed to grow in the ‘correct’ form using computer generated 3D templates. Interior clay or straw composites, finished with a layer of smooth clay, insulate and provide a moisture barrier.

James Procter’s verdict on the two tree house concepts: Nice ideas, but I’m not sure that there will be many more like these. They are cute though, and would make a great play house for children!

James Procter is an undergraduate student at the School of Architecture and the Built Environment at Westminster University.
Do you feel strongly about any of the above schemes? If so please send your comments to nshahmanesh@cmpi.biz.