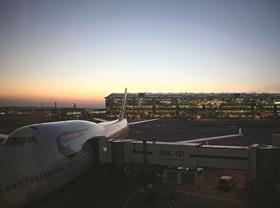 Five consultants are in the running for “pivotal” roles on Heathrow’s £1.5bn capital expenditure plan, Building can reveal.

The firms have been shortlisted by Heathrow Airport Ltd, the airport operator, for two frameworks to provide cost management support and commercial services as well as project controls throughout the airport’s five-year investment programme, which runs from April 2014.

Heathrow is considering appointing up to two consultants to each framework, but is thought to favour having a sole consultant for each role. It is understood that the airport operator would prefer to have different firms on each framework.

The winning consultants on the two frameworks will work with four contractors, which the airport is currently in the process of procuring. As Building revealed in November, Heathrow has shortlisted 11 firms for the four contractor roles.

Heathrow has moved to a different system for its 2014-2019 investment period with each of the four contractors working on separate sections of the airport. However, the consultancy roles cover the entire airport investment programme.

Heathrow has previously said it would invest up to £1.5bn in construction projects over the 2014-19 spending period, but the exact amount awaits the outcome of an ongoing review.

Michael O’Callaghan, director of aviation at shortlisted contractor Morgan Sindall, said: “These are pivotal roles. The professional services teams will be key parts of the infrastructure programme and hold it all together.”

Separately, Heathrow has also appointed consultant Gardiner & Theobald (G&T) to act as an independent fund surveyor to oversee its five-year investment programme. G&T will monitor costs and project timescales on the work programme and report back to airlines and the Civil Aviation Authority,which approves airports’ business plans every five years.

EC Harris and Turner & Townsend oversaw work on the £2.5bn Terminal 2 construction, while Mott MacDonald worked on infrastructure and Jacobs focused on Terminals 3 and 4.