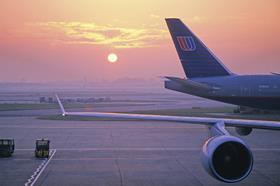 It is understood that Turner & Townsend (T&T) has seen off competition from consultants EC Harris and Aecom to provide cost management and commercial services to Heathrow for its latest five-year spending programme. It also beat EC Harris, Jacobs and Mott MacDonald in the race to provide project control services to the airport.

Both roles stretch across Heathrow’s entire £1.5bn construction programme for the five years from April 2014, known as Q6.

Heathrow had originally favoured having one consultant from the five shortlisted firms for each role, but has instead plumped to have T&T deliver both sets of services.

This news comes after Building revealed last week that four contractors – Mace, Balfour Beatty, Ferrovial and Morgan Sindall - had been appointed to carry out all the construction work across the airport’s four separate geographic areas over the Q6
period.

Each contractor will look after a separate part of the airport and will work closely with T&T.

The appointment of T&T will be a blow for Jacobs, Mott MacDonald and EC Harris which alongside T&T, currently provide consultancy services to Heathrow under its existing consultancy framework, which began in 2010.

He said: “I think having one consultant on these two frameworks should streamline communications and hopefully provide best value for Heathrow.”

T&T will have to work alongside rival consultant Gardiner & Theobald (G&T), which Heathrow appointed in January as an independent fund surveyor on the Q6 investment programme.

G&T won’t be directly involved in running Heathrow’s investment programme, but will oversee it and provide feedback on costs and timescales of projects to the airlines and the Civil Aviation Authority, which approves airports’ business plans every five years.

T&T’s appointment at Heathrow follows similar success in Abu Dhabi where the consultant was appointed last October to work on the expansion of Abu Dhabi airport, and a further role costing future expansion at Gatwick.