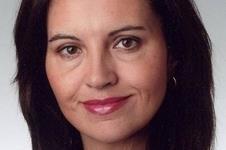 Caroline Flint is expected to replace Yvette Cooper as housing minister, Downing Street has said. She will move from the department of work and pensions to replace Cooper who is moving to the treasury.

Liz Peace, British Property Federation chief executive, said: "We are sorry to see Yvette Cooper move on at such a crucial time for the industry.

"She has shown a great willingness to work with the industry and we hope the two major bills going through parliament will not be affected.

"Caroline Flint has a varied background which has taken in many areas of policy, and we very much look forward to working with her."

Hain quit his job within minutes of the Electoral Commission announcing it had reported his late declaration of £103,000 of donations to the police.

Hain then reacted by saying: “In view of the Electoral Commission decision today, I will be resigning to clear my name and I will be making a statement shortly.”

The minister’s department oversees the Health and Safety Executive.