The UK’s former chief construction adviser has called the current leadership of the Royal Institution of Chartered Surveyors (RICS) “arrogant and naive” over its handling of a governance scandal which has rocked the organisation.

Paul Morrell’s intervention comes as the RICS confirmed details of the independent review it has promised into its corporate governance practices. 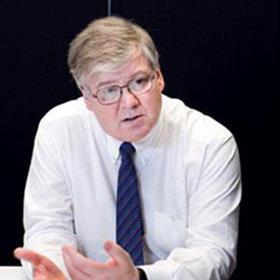 It bowed to pressure last month and agreed to investigate the events that led to the dismissal of four non-executive directors in November 2019 after they raised the alarm about the findings of a 2018 BDO financial audit.

The accountant gave the institution the lowest possible ‘no assurance’ rating for its treasury controls and warned that it was at risk of “unidentified fraud, misappropriation of funds and misreporting of financial performance”.

The RICS has now appointed barrister Peter Oldham QC, a barrister at 11KBW, a chambers which specialises in commercial, employment, media and public law, to conduct an independent review into the events which is expected to be wrapped up by the beginning of April, with the findings published “as soon as possible”.

Morrell, who was the government’s first chief construction adviser between 2009 and 2012 under prime ministers Gordon Brown and David Cameron, told Building that breaking up the 153-year-old institution was “one solution” that should be considered to making it operate more effectively as part of an ongoing wider review the organisation began in 2019.

Morrell (pictured), a former senior partner at Davis Langdon and international chairman of the firm, said the institution’s current leadership, which includes president Kathleen Fontana, chief executive Sean Tompkins and governing council chairman Chris Brooke, were “both arrogant and naive” over their handling of the BDO report.

He added: “It’s naive because the scandal would never have arisen, notwithstanding the frustrations with the institution, if they had been sensible about responding to their non-execs.

“How you’d imagine that people [the current leadership] who are well respected and well connected would allow that to happen without engaging the interests of the press, I think is just naive or is arrogance that overcomes naivete.

“The other arrogance is to imagine that a professional institution is not really a members organisation at all and must not be held back by the mass of its membership.

“This is effectively saying that the institution’s leadership has a better idea of what’s good for the members than they do and I think this has led to them replacing the interests of individual members with a mad international chase for numbers, congratulating themselves upon that, and losing sight of the interests of people closer to home.”

Morrell said the institution has “always had a problem” between the interests of its larger global practices and those which only operate within the UK.

Many members see the conflict as having deepened over the past 10 years as the RICS has expanded internationally, becoming a world authority on chartered surveying.

One member who contacted Building said that there was an “unnecessary haste” at the RICS to “expand globally but at the expense of the UK base”.

Another told Building that the RICS was more focused on global expansion and selling training to its members than giving them support, adding: “I feel like so many of my peers that it’s losing its roots in terms of its engagement with grassroots membership in the UK.”

Morrell said the RICS was too diverse and tried to represent too many interests. He said: “You simply wouldn’t invent the RICS if it didn’t already exist.”

Asked how the RICS could approach the issue, he said: “My own attitude is they will find it very difficult to change.

“They will not be able to change with their current leadership.

Morrell, who has been a member of the RICS for nearly 50 years, said that this might be the last year that he pays his subscription fees, admitting that the organisation “doesn’t have much to do with me anymore and I think that’s a very common reaction”.

He added: “I’ve felt for the whole of my life as a QS that I’m closer to members of the RIBA in terms of my daily life than I am to other non-construction members of the RICS and that’s a bit weird isn’t it?”

Morrell has been a longstanding critic of the RICS and in 2004 called for it to be divided into three branches representing its land, property and construction elements.

In a statement to Building last week, current president Fontana admitted the fallout from the RICS’ botched handling of the BDO report had shocked it into a wider review into its future purpose.

She added: “Now would be a good time to review the purpose and relevance of RICS, and this will be a great opportunity for all our members to help us shape the future of RICS.”

Reader consultation: Tell what you think

How can the RICS make itself more relevant to your professional needs? How can it cater better for SME members? What could the organisation do differently? Tell us what you think.

Our reader consultation will close on Friday 12 February and we will present your top recommendations to the RICS to help with its strategic review.