Bank due to relocate UK retail operations to Birmingham next year 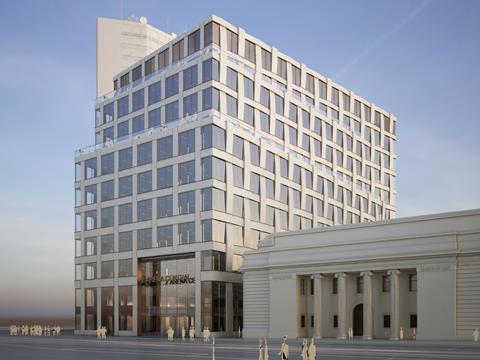 The contractor, which has built the 220,000 sq ft office building at Arena Central adjacent to the city’s Centenary Square for £66m, will now carry out a Category B fit-out for the banking giant including auditoriums on levels one and two of the building.

The offices will eventually provide space for around 2,500 staff.

Two years ago, HSBC said it would relocate its UK retail operations from Canary Wharf in London’s Docklands to Birmingham with the move expected to be wrapped up next year. The building, which has been designed by Make Architects, is expected to have 1,000 staff in it by the end of 2018.

Last week, Galliford Try said problems on two jobs north of the border dragged group pre-tax profit down nearly 60% to £59m in the year to June on revenue up 6% to £2.8bn.