Galliford Try has nabbed a former HS2 joint venture director for its new operations director and promoted its former area director to a key regional role.

David Lowery has been poached from an executive director role at Eiffage Kier Ferrovial Bam JV (EKFB), one of HS2’s four main contractors. 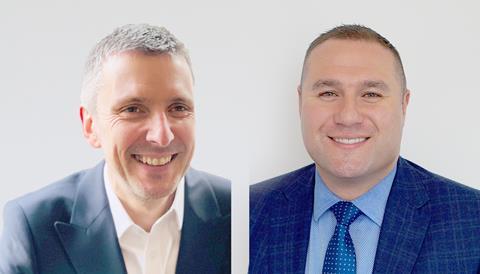 Lowery, who has a 20-year career in civil engineering under his belt, will be responsible for Galliford Try’s relationship with Highways England.

His three and a half years working for EKFB followed a nine-and-a-half-year stint at Carillion, where he was responsible for delivering the A1 Leeming to Barton highways upgrade before leaving the contractor in September 2017, four months before its collapse.

Carillion was also a EKFB joint venture partner before it collapsed.

Prior to Carillion, Lowery worked as the chief engineer for Johnston International, a Caribbean-based contractor, which collapsed in 2010 with debts of $30m. Lowery left Johnston in 2008.

Galliford Try has also promoted its former area director Simon Courtney as its new managing director for the West Midlands and South-west.

Courtney, who joined the firm in 1999 straight out of university, has moved through the ranks over the past two decades with a brief stint as senior project manager at Edinburgh housebuilder Miller Group from 2007 to 2009.