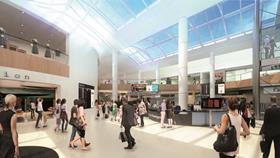 The owners of Gatwick are to invest £1bn in capital works to further upgrade the airport between 2014 and 2019, they announced today.

The airport, owned by a consortium led by Global Infrastructure Partners, said it was planning a range of improvements to better the customer experience at the airport.

The five-year investment, which comes in the face of huge political uncertainty over the future role of existing London airports and lower than expected passenger numbers, is a continuation of the £1.2bn planned investment over six years between 2008 and 2014.

The announcement comes after Heathrow Airport this week launched a huge £3bn investment programme over the same period.

Improvements will include continued transformation of check-in areas, a new security area in North Terminal, and the redevelopment of Pier 1 – the UK’s oldest pier.