HS2 has revealed the winner of a deal worth up to £316m to design, build and maintain nearly 300 lifts and escalators at HS2’s four new stations on the first phase of the route.

TK Elevator has been picked for the package covering lifts and escalators at Birmingham Curzon Street and Interchange as well as Euston and Old Oak Common in London. 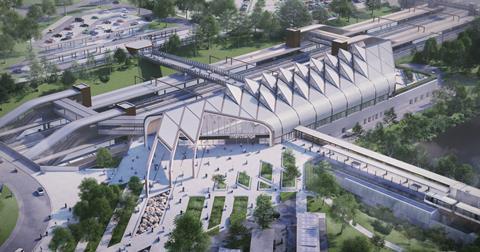 Stations the firm will be working at include Interchange, near Birmingham

Around 160 lifts and 130 escalators will be installed across the project.

The final value of the contract is expected to be worth between £207m and £316m depending on the number of lifts and escalators needed. The deal also includes a 20 year maintenance period.

The longest escalators will be at Old Oak Common, in west London, which will take passengers 13.5m up from the subsurface platforms to concourse level.

In total, the new station will feature more than 50 lifts and escalators.

TK Elevator was previously known as Thyssenkrupp Elevator but was sold by the German industrials giant to private equity buyers 18 months ago.