Case in February could result in benefits being recalculated for some members, according to a letter seen by Building 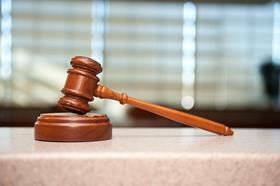 Gleeds’ pension scheme is to be challenged in the High Court in a move that could affect the value of members’ benefits and the cost to the firm.

The case, to be heard next February, will involve two unnamed representatives of the pension scheme’s members and Gleeds as the employer.

It will examine the validity of a number of changes made to the scheme since December 1980 to see if they are defective, which could impact on final salary and money purchase schemes and result in benefits being recalculated for some members, according to a letter seen by Building.

In the letter, from the trustees of the scheme to members, the trustees say they have suspended quotations of the transfer value of members’ schemes until the case is resolved.

The amendments being challenged are not known. The scheme’s trustees filed a court application last year, but will maintain a neutral position at the trial.

Gleeds senior partner Richard Steer declined to disclose the extent of the company’s pension liability but said: “We have absolutely no problems with our pensions liability whatsoever”.

Pensions expert and partner at BDO, Richard Farr, said the number of disputes over pension scheme terms was increasing, but said it was “unusual” for these disputes to end up in court.