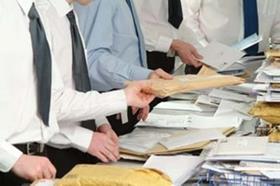 Gleeds has been appointed by the Post Office to help it deliver the controversial redevelopment of its 300 ‘Crown’ branches.

Up to 4,000 Post Office workers took part in a half-day strike yesterday (17 July) against the proposed changes to the Crown branch network, which could result in 75 of the sites being closed or franchised.

The Post Office is revamping the ‘Crown’ network as part of a drive to make them more profitable.

Gleeds said the aim of the revamp was to improve the overall customer experience and subsequently the profitability of the entire Crown network.

Gleeds said its work will include the relocation of some operations to newly identified ‘host stores’.

Gleeds will use an online live information management system to track progress at up to 55 Crown branch projects at any one time.

The firm will also be responsible for managing branch by branch design specifications which includes the provision of M&E consultancy services.

Stuart Senior, main board director at Gleeds Nottingham who has overall responsibility for the project, said: “I am delighted that Gleeds’ experience in delivering large scale, nationwide projects for brands such as Boots, Lloyds, O2 and Marks and Spencer has been recognised by the Post Office with our appointment to the Crown programme”.

Works are expected to be completed across all 300 projects by October 2014.