Berkeley has appointed Glyn Barker to be the firm's non-executive chair for up to two years while it undertakes a search for a long-term candidate in the wake of the death of founder Tony Pidgley last month.

In an announcement to the City, the £3bn-turnover FTSE100 housebuilder also said it was making a series of further changes to board responsibilities and board and committee composition.

It said: "Following the sudden and tragic death of Tony Pidgley, the company’s chairman and co-founder, and the appointment on 26 June of Glyn Barker as interim chairman, the board has agreed that Glyn Barker will become non-executive chairman for a period of up to two years, while the board carries out the process of identifying a new long-term non-executive chairman." 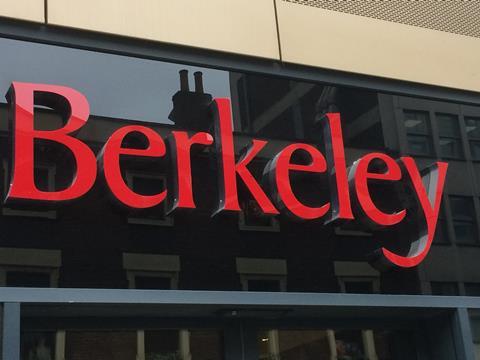 Diana Brightmore-Armour will become senior independent director, succeeding Barker and will also become a member of the audit committee.

The changes are effective immediately.