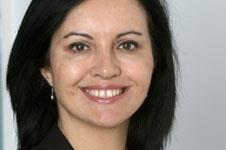 The government is to invest £237m in the Thames Gateway.

Caroline Flint, housing and planning minister, announced the funding as part of the London Thames Gateway Development Corporation’s action plan over the next three years.

Funding will also be used on infrastructure improvements, such as new roads, pathways and bridges to connect previously isolated areas.

Flint said: "“We want to see real change in these parts of East London, which is why the Government is backing these plans with millions of pounds of investment.

“Throughout the London Thames Gateway a lot has been achieved but now we need to see a gear change. Today’s plan is part of a comprehensive programme which will bring a real acceleration in momentum to maximise the opportunities the Gateway brings.”